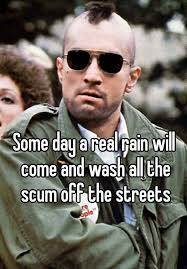 However, the current degeneracy is not guaranteed to perish by external violence. I would not be surprised if modern societies simply choked slowly on their own pestilence, leading to scenes of medieval famine:

officials: “the solution is to audit so many that it becomes financially ruinous”

McCain and Democrats who wanted to regulate political speech lost at the Supreme Court, so they sought to use the IRS to harass innocent Americans,” said Judicial Watch President Tom Fitton. “The Obama IRS scandal is not over – as Judicial Watch continues to uncover smoking gun documents that raise questions about how the Obama administration weaponized the IRS, the FEC, FBI, and DOJ to target the First Amendment rights of Americans.”

On Tuesday, two dozen far-right protesters celebrated the death of an 18-month-old Palestinian child murdered in July 2015 as the toddler’s remaining family members walked out of the Central District Court in Lod, Israel.

Vint Cerf, Tim Berners-Lee, and Dozens of Other Computing Experts Oppose Article 13
As Europe’s latest copyright proposal heads to a critical vote on June 20-21, more than 70 Internet and computing luminaries have spoken out against a dangerous provision, Article 13, that would require Internet platforms to automatically filter uploaded content.

Former Israeli Mossad chief (2011-2015), Tamir Pardo, spoke to Israel’s foremost TV news magazine (the video is only accessible via Israeli IP addresses), Uvda about his thirty years’ working for Israel’s foreign spy service. He was continuing a tradition begun by his predecessor, the late-Meir Dagan, who also did an interview with the TV program after he left his job. In fact, they both did the interviews for the same reason: they were deeply disaffected from their former boss, Prime Minister Benjamin Netanyahu.

Since so much of Israeli intelligence work is done covertly and under the pall of military censorship, preventing the public from having any inkling of what is done in its name, such interviews draw back the curtain slightly on an otherwise taboo subject in the Israeli media. As a result, the audience for such events is huge and the public hangs on every word.

Pardo didn’t disappoint. He mixed a combination of striking candor with feigned humility to present a picture of an experienced Israeli spy who’s been humiliated by his former boss, Prime Minister Benjamin Netanyahu and driven into a sort of forced exile.

Mossad: “Great Fun” Because It Offered “License to Crime”

The Uvda interviewer, Ilana Dayan, too mixed a series of softball questions with striking candor and managed to elicit some startling admissions from her subject. When she asked him to characterize his career as a spy, she thought he would offer a high-minded reply so she asked if he thought of it as service to “king and country.” Pardo ignored her suggestion, and instead replied that it was the greatest fun one could have because it was “a license to crime.”

Peter Newsham, Chief of Police for Washington D.C., who also publicly supports Comet Ping Pong owner, James Alefantis, allowed an 11-year-old girl to be charged with ‘false report of rape’ despite medical accounts of her sexual injuries and findings of multiple samples of semen on her underwear.

Veronica Best’s 11-year-old daughter was raped in 2008. She says Peter Newsham, then an assistant chief, played a role in the mishandling of her daughter’s case. She spoke to reporter Marina Marraco.

Best’s daughter was raped by multiple men at just 11 years old. Her daughter, who is still emotionally recovering from the 2008 aggression, was charged with filing a false report after her account of events were found to be inconsistent– despite several medical accounts detailing her sexual injuries and the findings of multiple samples of semen on her underwear. Best says it was Newsham who allowed investigators to charge her 11-year-old daughter over locking up the men who raped her.

“He perpetuated the wrong, and I say that because he knows there are officers on the force that should’ve either been removed or suspended or something— not sent to another desk,” Best said. “I don’t know about his past and I don’t know how he started out, but somewhere long ago, he lost the ability to be empathetic and it’s not there, and I think he would lie—like he would tell the truth if it would benefit him.”

Newsham, 52, had a protective order filed and granted against him by his ex-wife in 2002.