Suspicions about red shoes and other conspiracies (mostly related to Pizzagate)

Q posted the above image, which shows the Biltmore Estate pool, owned by the family of Anderson Cooper. It is juxtaposed with a painting of children, possibly being abused. The ropes by the side of the pool presumably are supposed to be used as rope seats by swimmers when the pool is full of water, but obviously could be used to tie up prisoners.

Most long-time readers of this blog have seen that the Podesta brothers are connected to suspicious disappearances of children. The children may have been trafficked, raped, and murdered. This is hinted at by various strange artworks endorsed by the Podestas, such as the following:

On the surface, this painting does not seem to be too strange. The presence of red shoes is odd. The children appear to be sexless, but the shoes are in a style typically worn by girls, so they may be prepubescent girls, or perhaps boys wearing girls’ shoes. The shoulder of the second child from the right looks very muscular and boyish to me.

However, it is possible that some of the images in the collage above were introduced erroneously:

In addition to one of the Podestas, the picture above appears to show Bill Maher with Weiner, the husband of Huma Abedin. Maher’s shoes appear to be bright red.

The men in the picture above have an unusual uniform. 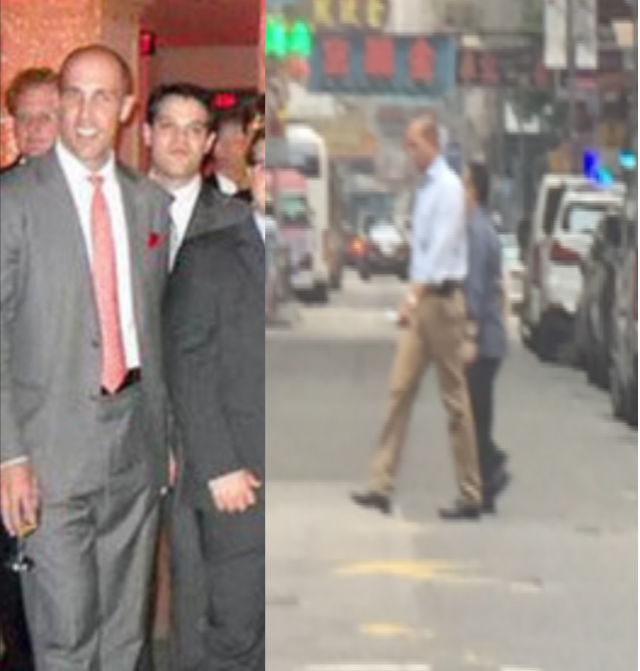 The picture above has two panels, apparently depicting the same man, who resembles Prince William of the UK (however, this man might actually be Andrew Kauders). The right panel appears to be a zoom-in close-up on the photo of the kindergarten below. 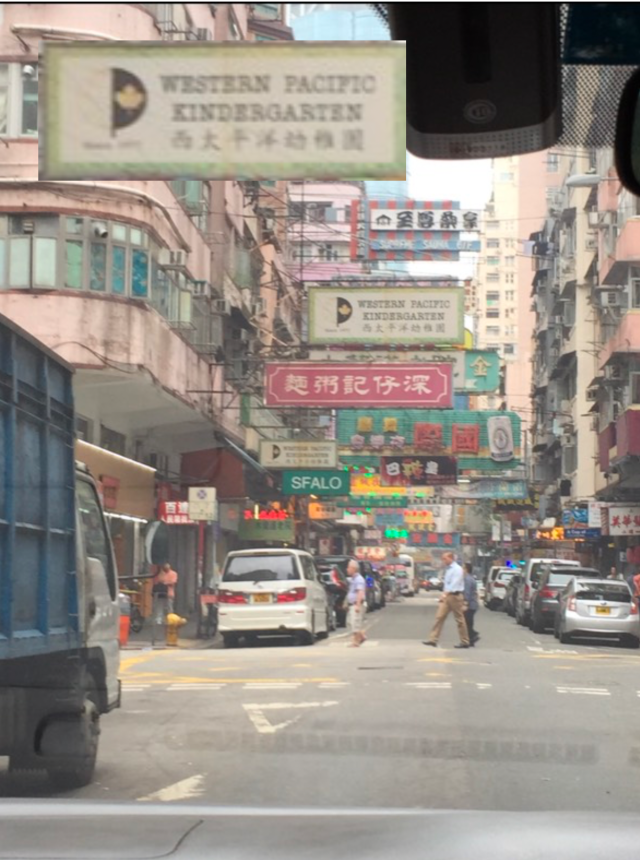 Q also mentioned the Western Pacific Kindergarten, apparently in connection with the RYB scandal. The man in the picture above appears to resemble Prince William or Andrew Kauders.  This appears to be the original of the side-by-side photo above. It appears to be surveillance imagery, which Q seems to suggest proves that the Q team is composed of professional operators, not amateur LARPers.

claims that the man in the picture is Prince William of the UK. However, Q has been tweeting a lot about Kauders, so it seems more likely that the man might be Kauders. 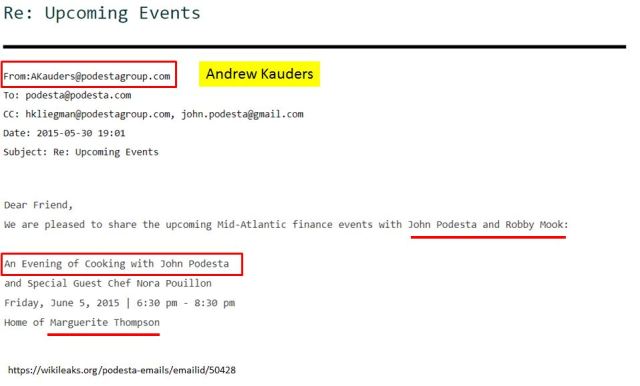 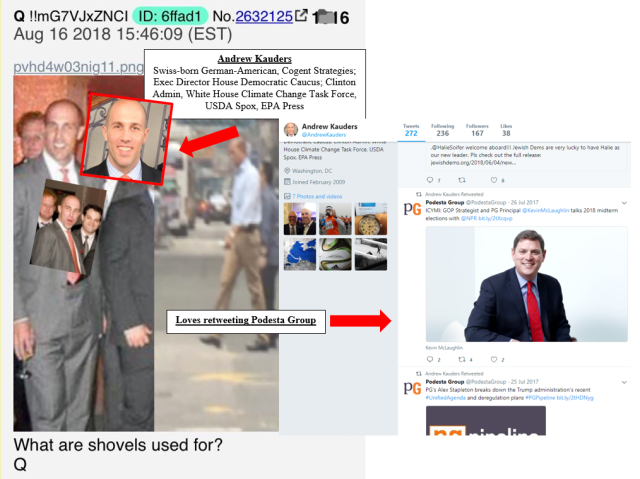 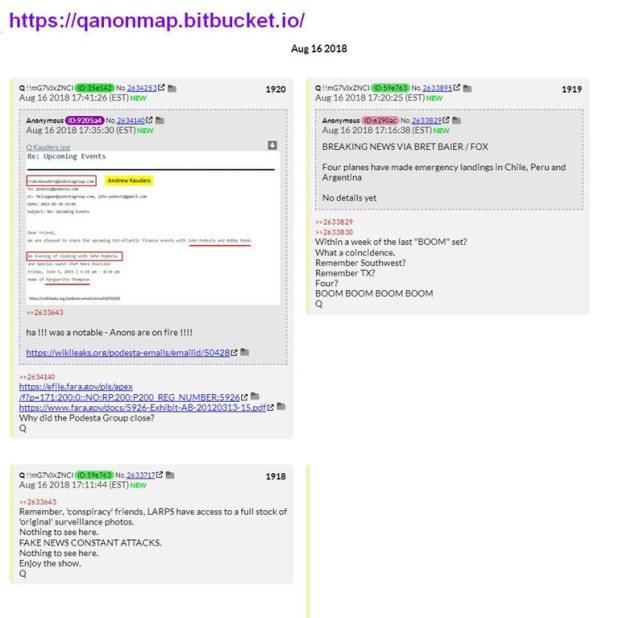 In my opinion, Q seems to be far too professional to be an amateur LARP. However, this does not mean that Q should be trusted uncritically. Suppose it were to be revealed that the Q team is composed of USA military warfighters and civilian spooks; people would decry Q as a psy-op even if every fact that they wrote turned out to be true.

I suspect that the Q team might be the same team of warfighters and spooks who leaked the White Rabbit images on 8ch and thus convinced me that Pizzagate conspiracies are worth blogging about.

https://twitter.com/Comey/status/1029893474269777920
Line 4
Email (gmail)12.9.16
“……………untethered to department standards……………concerned dedicated resources in-place are not adequate to shelter against the PDB in which several agencies contribute…………”
Will you stand tall or cower?
Resist OP will not provide enough public support for cover.
Smile for the camera.
Patriots in control.
Q

Because Q is not easy to read, I don’t have a firm opinion regarding several of his posts.

links to amateur analysis at:

What a flashy pair of shoes… Wait what? from greatawakening

Tony Podesta and Alex Soros: Why the Red Shoes? from conspiracy

It is noteworthy that Q explicitly linked to a reddit piece criticizing Catholic clergy for a relatively minor slapping incident:

These people are SICK! Catholic priest HITS crying baby! Evil will answer for the atrocities they have inflicted on our children!! from greatawakening

The slap does not seem very shocking to me: I presume Q linked to it because the Catholics of Pennsylvania have been credibly accused of abusing hundreds or thousands of children.

Relevant blast from the past:

Brennan is behind the witch hunts of investigative journalists learning
information from inside the beltway sources.

Note — There is specific tasker from the WH to go after anyone printing
materials negative to the Obama agenda (oh my.) Even the FBI is
shocked. 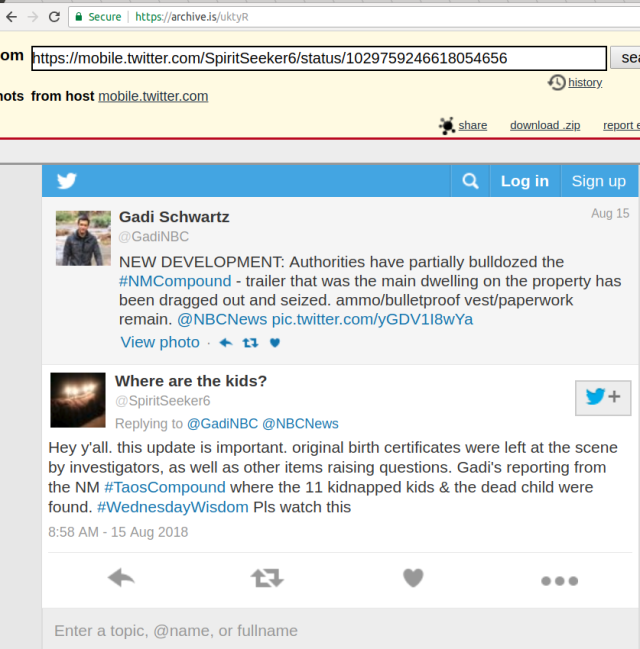