The Critique of Vulture Capitalism for Friday the 13th

When you hear about opium, you might think about Jewish merchants sailing into Hong Kong under a British flag to sell opium to China. And perhaps the Hong Kongers preferred the British and the Jews to Chinese Communists.

But the rich and powerful of the world don’t seem to care what Hong Kongers think, if Time Magazine is anything to go by: 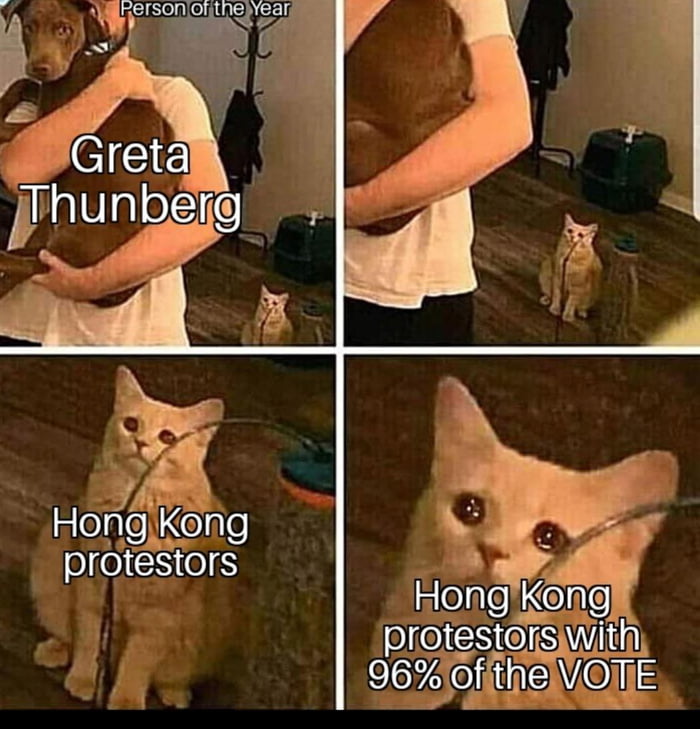 In fairness, Hong Kong protesters were just one of many protest groups in the news in 2019. I don’t know whether most protesters had more or less than 96% of the vote.

I was very interested to see Kevin MacDonald’s writing published at Unz. Some of the comments add useful information.

The mainstream introduction can be taken from Tucker Carlson:

…in 2004 the New York Times published an article by AEI writer Sally Satel, presumably Jewish, opposing jail sentences for doctors who over-prescribed opioids after running it past a Purdue lobbyist. And in 2007 the Wall Street Journal, a major neocon media outlet, published another article by Satel in which she called Oxycontin a “godsend” and lamented that it not being prescribed enough.

Satel is intimately associated with the AEI as a Resident Fellow. She is typical of our new elite and its involvement in elite institutions and media.

A commenter at UNZ.COM wrote:

Don’t go presuming away like that. You may come across as paranoid.

Anyway, you presumed right. From The New York Times:

A Critic Takes On Psychiatric Dogma, Loudly
By Erica Goode

The product of a Jewish middle-class upbringing, she was the first in her family to go to college. Her parents were both Democrats, her father a graphic artist, her mother a homemaker who died of leukemia when Sally Satel was 18. An only child, she shared a three-room apartment in Queens with her parents and a parakeet — the only pet they would allow their animal-crazy daughter to keep in such cramped quarters.

The following link may fail to embed and play properly:

The part of the story you don’t get on this video is that the Charleston Gazette-Mail had to sue to get this information from the state government.

In a town whose population is 392. No bells went off, no red flags flown.

And the question is not why 1,728 West Virginians died of Oxy overdose in six years, nor is it why so FEW died.

The question is how do drug companies get away with it, and the answer is money.

HALLIE JACKSON, MSNBC: In West Virginia a new investigation revealing an eye-popping number of painkillers headed into the state. According to a new report from the Charleston Gazette-Mail, drug companies shower the with 780 million painkillers in six years. What does that mean? break it down. 433 pills for every single man, woman and child in the state. Over those six years this report found overdose deaths increased by 67%. All the while heads of the drug firms collected salaries and bonuses in the tens of millions of dollars. The new investigation and following the story. Eric Eyre, walk us through what we should know about really thousands of pages of documents you guys pulled.

ERIC EYRE, CHARLESTON GAZETTE-MAIL: We got all of the sales data for all of the pharmacies where the drug distributors shipped two particular pain pills. One was hydrocodone most people know as lortab or norco and oxycontin. What we found is there was a large number of overdose deaths caused by those two specific drugs. Over the same period there were 780 million pills of both of those particular pain pills that were shipped to West Virginia. The overwhelming majority here, the disproportionate number of pills was shipped to southern West Virginia which we call them the southern coal fields, the poorest and most rural counties.

JACKSON: You talk about the large number of overdose deaths. We have a graphic on the screen now. The top four counties for fatal overdoses caused by pain pills in the US. All four in West Virginia. That shows the extent of the problem. What are legislators, people you’re talking to, experts in your state trying to do?

EYRE: Well, they have passed some legislation about two years ago that’s had some positive effects. That particular bill targeted the pain clinics sponsored by the governor. They have shut down a good 10 to 12 pain clinics and what was going on at the pain clinics was people were paying cash, usually about $200 or so going into one of the clinics so they might be called pill mills. They were getting prescriptions but they weren’t in many cases even seeing doctors. They were just basically cash for scrips is what was going on.

JACKSON: What responsibility do, for example, doctors have with this and talk about, too, your reporting on the response from what you call the big three drug firms basically supplying more than half of the pain pills that went to West Virginia?

EYRE: Well, the doctors have a responsibility to know their patients and prescribe what’s medically necessary. What was going on here is people would come in and in many cases wouldn’t give a reason for, you know, or maybe they would say they had back pain or something like that or a tooth ache and getting pills. As far as the response from the drug wholesalers, now these are the middlemen. They are the ones that ship the drugs from the manufacturers to the pharmacies and what they have said to this point is that it’s really the responsibility of the doctors, that they are just going ahead and filling the massive orders because there are prescriptions going to pharmacies and that’s where the problem starts. They say we should be looking at the doctors first and the pharmacies probably second.

JACKSON: Eric Eyre with the Charleston Gazette-Mail. An eye-opening look at the epidemic in West Virginia.

NOTE: This video was produced for BoilingFrogsPostcom on October 14, 2011.

Just as the British Empire was in part financed by their control of the opium trade through the British East India Company, so too has the CIA been found time after time to be at the heart of the modern international drug trade.

The CIA And The Drug Trade

December 3, 1993 The CIA Drug ConnectionIs as Old as the Agency

LONDON— Recent news item: The Justice Department is investigating allegations that officers of a special Venezuelan anti-drug unit funded by the CIA smuggled more than 2,000 pounds of cocaine into the United States with the knowledge of CIA officials – despite protests by the Drug Enforcement Administration, the organization responsible for enforcing U.S. drug laws

Afghanistan accounts for the overwhelming majority with an output of 9,000 tons, a rise of 87 percent over 2016.

Judaism is a tribal ideology that functions as as a social marker. It allows inclusion into an international religious clan and citizenship into one particular country (Israel). This is unique in all the world.

Central to Judaism are ancestry and DNA–not religious belief–since millions of Jews are irreligious. What unites them all however is Jewish exceptionalism, Jewish unity and Jewish power.

Secredly, many Jews–even the ‘secular’ one–believe that the Jewish people are endowed with not only innate superiority, but a pre-ordained license to rule others. Jewish activism has mobilized these values into an earthly political commitment: the rise, expansion, and triumph of Zionism.

In most any other political realm, these race-oriented demarcations, tendencies towards hyper-militancy and tribal chauvinism, would be seen for what they are: a predatory caste system with all the political baggage that comes with it.

Yet Jews are largely exempt from any stigma connected to racism since they are allowed to hide behind the protective wall of religiosity. But don’t be fooled. A Jewish ‘atheist’ is just as “Jewish’ as any rabbi. By deception they rule.

Whether they are ‘secular’ or religious, Jews remain comfortable with the notion that the Jewish people are uniquely special, uniquely threatened, and uniquely gifted. But don’t you ordinary, white folks think this way. That’s ‘white supremacism’!