News, mostly about the riots, temporarily upstages deep and long-standing problems of corruption

The riots in the USA have upstaged slower-moving problems, such as the Epstein scandal, Big Pharma bribery of politicians, Israeli infiltrators, and so on.

Some long-term stories relating to DoJ FoIA disclosures should be perused, but first let us consider the riots, which were probably organized by foreign bribe-payers:

Note the comment on the following bitchute video:
[quote]

Note: I am making assumptions in the title of this video. I do not know with 100% certainty this is a Soros funded Antifa agent but based on past and present reports it seems so extremely likely to be the case that I will be very surprised if it is ever proven otherwise.

#
A strongly related allegation was made in a comment at:

This is interesting, may be a “loving crafted” fake.

and the document scan:

Some cops claim that they have found documents suggesting the antifa were paid cash to riot. This has not yet been proven, so don’t take it as a solid fact.

On the topic of paid rioters:

Stupid antifa children of politicians might get those politicians into very deep trouble.
#

Whites kneel down to idolize blacks:

The best illustration that no one cares about your virtue signaling pic.twitter.com/5vxCt1ufOf

“We’re on Your Side!” – Young Social Justice Warriors Wave in Solidarity at Leftist Protesters in Street – Get Windows Knocked Out with Rocks (VIDEO)

This post is too long to summarize easily! We have many, many links, below the fold:

An Antifa member in DC got scratched in the leg by some shrapnel. This is how the rest of the gang reacted to it. The original poster put a "Trigger Warning" on the video. pic.twitter.com/npQ3E2MFxA

Here’s a funny coincidence: George Floyd and Jeffrey Epstein got the same coroner. What are the odds?

Is It One Gigantic Psy-Op? George Floyd’s Coroner Was Also Jeffrey Epstein’s

“These Riots Effectively Are the Largest Joe Biden Rally on Record” – Tucker Carlson Nails It – And Democrats Know He Nailed It! (VIDEO)

#
How can Snyder still be shocked?

Commies gloat at US riots.

Anons dispute whether the guy who filmed a death had good intentions:

And now, as promised, the long-term DoJ news:

POTUS may be better for tech geeks than we realize:

The Filing by Judge Sullivan With The Circuit Court Is A Joke.

The Lancet may be guilty of malfeasance:

Tom Fitton is doing the heavy lifting as always. This guy should be elected to high office in the near future.

During a presser in the Bronx, @RepEliotEngel heard on hot mic asking “If I didn’t have a primary, I wouldn’t care.”

BREAKING: US Park Police chief says USPP & Secret Service found "baseball bats & metal poles hidden along the street" near the White House. Smoke canisters & pepper balls were used to disperse the rioters (tho "no tear gas was used") & prevent them from using the secreted weapons

BREAKING: @FOXLA has learned that LAPD arrested 31 y/o Gregory Wong in DTLA this AM while dressed as/impersonating National Guard. He was armed to the teeth and was booked on assault weapons charges. LAPD says federal charges may come next. Sources confirm this photo. @FOXLA pic.twitter.com/NPp8mFuh9x

Here is how these smears often go – they will follow up with multiple pieces, they will find anonymous sources & former colleagues who worked with me and witnessed me supposedly being a horrible person, they will question all my work, my integrity my relationships.

When they tell you that nothing ever changes, show them a calendar that summarizes relevant events: 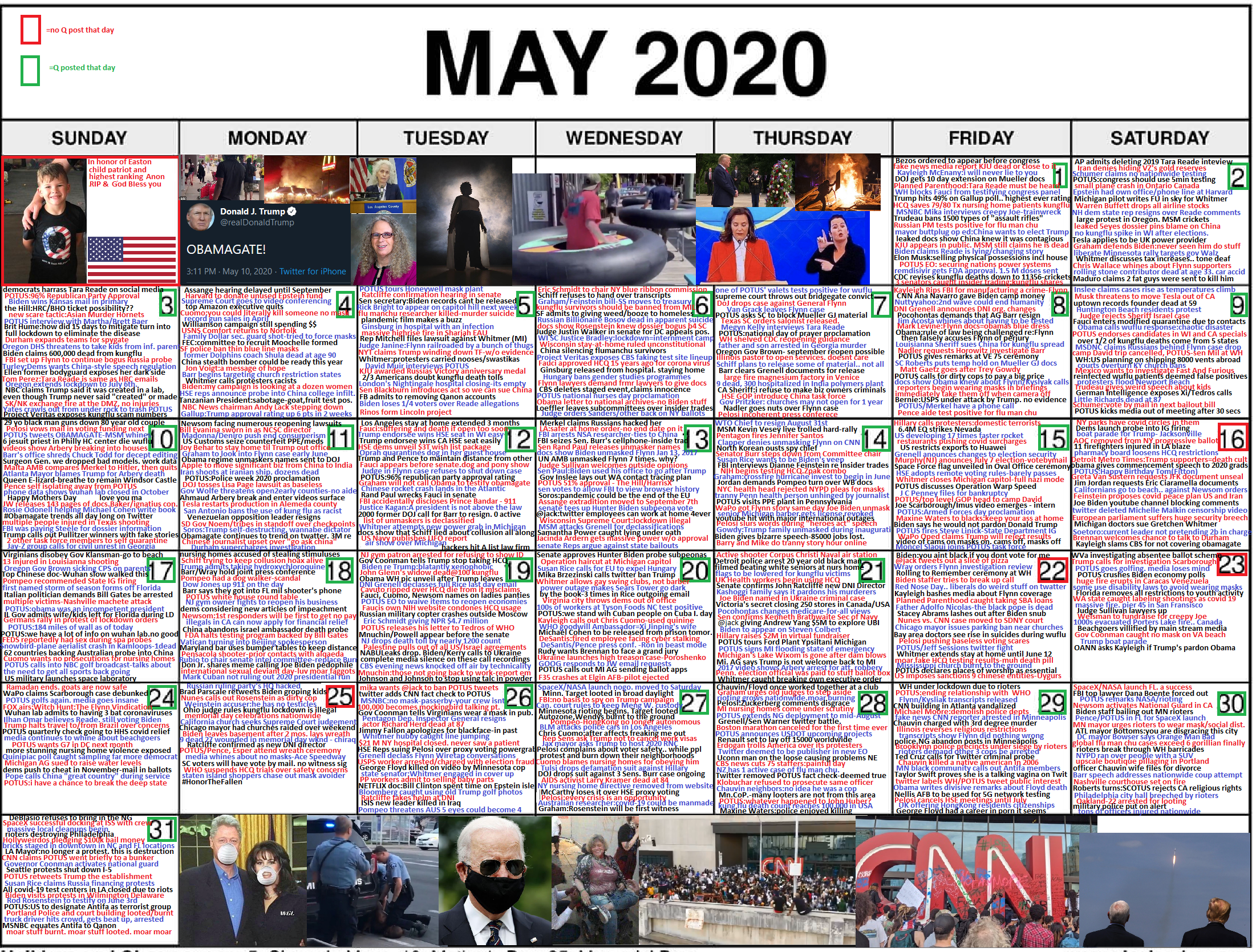 By Susan Davis • 3 hours ago

Senate Republicans have launched politically loaded investigations into the Obama administration and presumptive Democratic presidential nominee Joe Biden that are expected to carry on into the fall.

On Wednesday, the Senate Judiciary Committee begins the first of a planned series of hearings on the origins of the FBI’s 2016 Russia investigation into possible ties with the Trump campaign. Republicans are particularly interested in the decision-making inside the Obama-Biden administration.

“The public deserves to know how a guy who was vice president of the U.S. who is currently trying to be president got away with using the U.S. government to force a foreign country to stop investigating a company that was paying his son over $80,000 a month,” said Sen. Rick Scott, R-Fla.

Andrew Bates, a spokesman for the Biden campaign, accused the committee’s chairman, Sen. Ron Johnson, R-Wis., of abusing his power to aid Trump.

“We’re in the middle of the worst public health and economic crisis in a century,” he said, “and what is Senator Johnson focused on? Running a political errand for Donald Trump by wasting Homeland Security Committee time and resources attempting to resurrect a craven, previously-debunked smear against Vice President Biden.”

It is the allegation at the heart of Trump’s impeachment — the president wanted Ukraine to investigate alleged corruption and conspiracy theories about the Biden family. Ukraine did not, and in December 2019, Trump was impeached for abuse of power by the House of Representatives for making the ask. The Senate acquitted the president in February after a contentious trial.

Senate Democrats are howling over what they say is Republicans using the Senate to try to help get Trump reelected. “There are literally matters of life and death waiting for our committee’s attention but instead this committee is doing the president’s personal bidding,” said Sen. Kamala Harris, D-Calif., a potential contender to be Biden’s running mate.

Senate Majority Leader Mitch McConnell, R-Ky., had generally avoided weighing in on these investigations, but he fully embraced them in a recent Senate floor speech. “No matter what some Washington Democrats may try to claim, you are not crazy or a conspiracy theorist if you see a pattern of institutional unfairness towards this president. You would have to be blind not to see one,” he said.

Constitutional law professor Jonathan Turley, who testified against Trump’s impeachment in the House, said investigations can be political and still have merit. “I certainly believe that the oversight interests are stronger when you’re looking at things like the Russia investigation. The Burisma controversy presents a more challenging question, however, I tend to favor some inquiry.”

As vulnerable House Democrats experienced during impeachment, high-profile partisan inquiries can spark political backlash when voters have more urgent concerns — like the pandemic, the economy and social unrest.

Graham was quick to announce last Friday that the Senate Judiciary Committee would also hold a hearing on police use of force.

Democratic strategist Scott Mulhauser is a former Biden aide, and a former Senate aide. He said Senate Republicans — who are fighting to hold their majority this November — could be making a political blunder. “It’s an overreach here, an overplay of your hand with these hearings. Taking your eye off the ball is a mistake that could cost careers.”

Graham says he would like to issue a committee report by October, ahead of Election Day.

Origins of Obamagate: @jsolomonReports says Americans should pay close attention to what Rod Rosenstein has to say before the Senate tomorrow, about his conversations with Andy McCabe and James Comey. #MAGA #AmericaFirst #Dobbs pic.twitter.com/RKIPoVuBwE

ANKARA, Turkey (AP) — Prosecutors in Istanbul issued warrants on Tuesday for the detention of 118 military personnel over their suspected links to a U.S.-based Muslim cleric as authorities pressed ahead with a crackdown on a network Turkey blames for a failed coup attempt in 2016.

The state-run Anadolu Agency said 72 of the suspects were detained in simultaneous raids in 35 provinces across Turkey for alleged ties to cleric Fethullah Gulen’s network. Police were searching for 46 other suspects, the agency reported.

The agency said 98 of the suspects targeted by the warrants are currently serving in the military and two of them are civilians.

Since the coup, about 77,000 people have been arrested and around 130,000 others, including military personnel, have been dismissed from state jobs in the on-going crackdown on Gulen’s network.

Gulen, who has been in self-imposed exile in the United States since 1999, denies involvement in the coup attempt which killed about 250 people and injured around 2,000 others.

The governor of Virginia refused to send his National Guard troops across the Potomac River into Washington D.C.

‘I am not going to send our men and women in uniform of a very proud National Guard to Washington for a photo-op,’ Northam said

Tattoos are a means of identification: 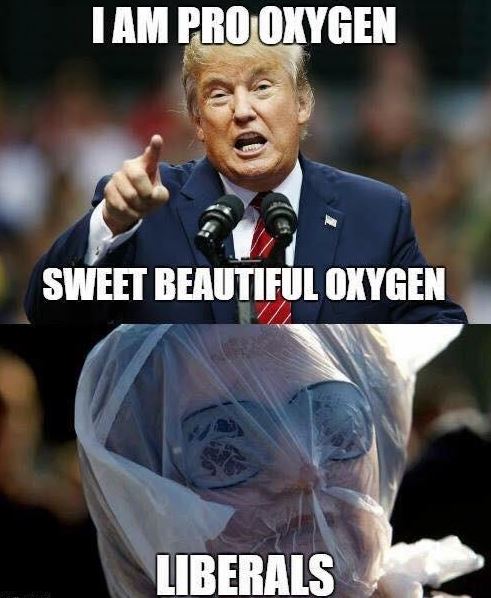