Not all headlines wear capes 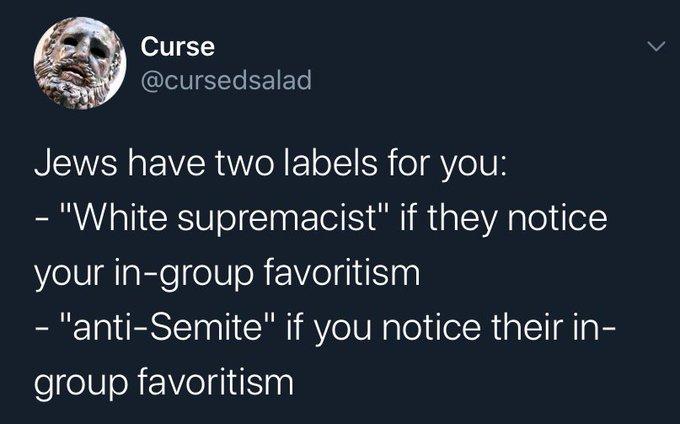 The Hidden History of the Incredibly Evil Khazarian Mafia

An anon wrote a very speculative piece regarding how he thinks the USA’s court system will fail. He argues on the basis Q drops 11 and 22.

What former President used the military to save the republic and what occurred exactly?

Lincoln. He declared an emergency when congress was not in session, called up troops, suspended habeas corpus, and initiated trials by military commission rather than conventional civil courts.

When congress came back they passed legislation to support his actions.

Suspension of habeas corpus means they can round up people and detain them indefinitely without bringing charges.

Suspension of habeas corpus does not automatically mean a military tribunal. In fact, the supreme court ruled that so long as civil courts were functioning, civilians cannot be tried by the military. (Ex parte Milligan, 71 U.S. (4 Wall.) 2 (1866))

The rationale for these [Lincoln’s] actions is based on Article I Section 9 of the US Constitution which authorizes the suspension of the writ of habeas corpus “when in Cases of Rebellion or Invasion the public Safety may require it.”

There are under the Constitution three kinds of military jurisdiction: one to be exercised both in peace and war; another to be exercised in time of foreign war without the boundaries of the United States, or in time of rebellion and civil war within states or districts occupied by rebels treated [71 U.S. 2, 142] as belligerents; and a third to be exercised in time of invasion or insurrection within the limits of the US, or during rebellion within the limits of states maintaining adhesion to the National Government, when the public danger requires its exercise. The first of these may be called jurisdiction under MILITARY LAW, and is found in acts of Congress prescribing rules and articles of war, or otherwise providing for the government of the national forces; the second may be distinguished as MILITARY GOVERNMENT, superseding, as far as may be deemed expedient, the local law, and exercised by the military commander under the direction of the President, with the express or implied sanction of Congress; while the third may be denominated MARTIAL LAW PROPER, and is called into action by Congress, or temporarily, when the action of Congress cannot be invited, and in the case of justifying or excusing peril, by the President, in times of insurrection or invasion, or of civil or foreign war, within districts or localities where ordinary law no longer adequately secures public safety and private rights.

Basically, things have to get so fucked up that the laws and the courts are not functioning so that POTUS can move in with the Marines and NG. It has to be obvious to the people that this is necessary. As Q said, you can’t just tell them, you have to show them.

I am not a lawfag.

Meanwhile, in other legal nastiness:

Social Credit Score Is In America: Visa Blacklisted My Business and My Family for Building Gab

As many of you already know we learned last week that Visa blacklisted Gab and we are now unable to process credit and debit card transactions. We learned more information this week and I think it’s important that I share it as a warning for others.

It’s not just Gab that is blacklisted. It’s also my family.

In China there is something called the Social Credit System, which was developed by the Communist Chinese Party as a “national reputation system.” This system tracks the “trustworthiness” of individuals, businesses, and organizations. “Trustworthiness” here means total and complete submission to the Chinese Communist Party. If the Communist Party deems you to be untrustworthy, you are denied access to plane tickets, train tickets, opening and operating businesses, and more.

As of June 2019, according to the National Development and Reform Commission of China, 26.82 million air tickets as well as 5.96 million high-speed rail tickets have been denied to people who were deemed “untrustworthy (失信)” (on a blacklist), and 4.37 million “untrustworthy” people have chosen to fulfill their duties required by the law.

To most Americans this sounds horrifying, and it is. I now know from first-hand experience because this social credit system exists in the United States. While it may not be sanctioned by the United States government, it most certainly has been deployed by US corporations who today have in many ways more power, data, and control over our lives than our government does. Many of these corporations also happen to be endorsing and raising money for communist organizations, revolutionaries, and the domestic terrorists burning down our cities.

We were told this week that not only is Gab blacklisted by Visa as a business, but my personal name, phone number, address, and more are all also blacklisted by Visa. If I wanted to leave Gab tomorrow (something that isn’t going to happen) and start a lemonade stand I wouldn’t be able to obtain merchant processing for it.

Simply because my name is Andrew Torba.

If my wife wants to start a business she won’t be able to obtain merchant processing because she lives at the same address as me and would be flagged by Visa.

This is obviously very concerning. We have done nothing wrong. Gab is and always has been a legally operated business. We sell hats, shirts, and a software subscription service that unlocks new features on Gab. My personal credit score is in the 800’s. I pay my bills. I have a wife and daughter to provide for, yet we are all being punished and defamed because someone at Visa has it out for me.

We were told that Visa has someone camping on our website watching our payment processing. As soon as we get a new processor up they find out who it is on their end and contact them. They tell the processor that Gab is flagged for “illegal activity” and if they do not stop processing payments for us they will be heavily fined.

When the processor inquires about this alleged “illegal activity,” Visa tells them that Gab has been flagged for “hate speech.” “Hate speech,” is of course not illegal in the United States of America and is protected by the First Amendment. As I have written, it’s not real and I refuse to acknowledge it as term. Visa doesn’t agree with me.

The reason I share all of this is that I hope it serves as a wakeup call and as a warning. If they can do this to me, they can do it to you and they likely will.

Christians need to be especially concerned and aware of this. The Communist revolutionaries taking over the United States are coming for us all. It’s only a matter of time before the Bible is labeled as “hate speech” and churches start to experience what I am going through right now.

And that no man might buy or sell, save he that had the mark, or the name of the beast, or the number of his name. Revelation 13:17

Andrew Torba
CEO, Gab.com
June 26th, 2020
How you can help: get on Gab.com, the free speech social network.
Gab is 100% funded by our users, not special interests.
Last week we were blacklisted by Visa and lost credit card processing.

Social Credit Score Is In America: Visa Blacklisted My Business and My Family for Building Gab

Video: Covid Nurse Exposes New York Hospital. People Have Been Lied To. It’s Destroying Life. The Numbers are a Lie