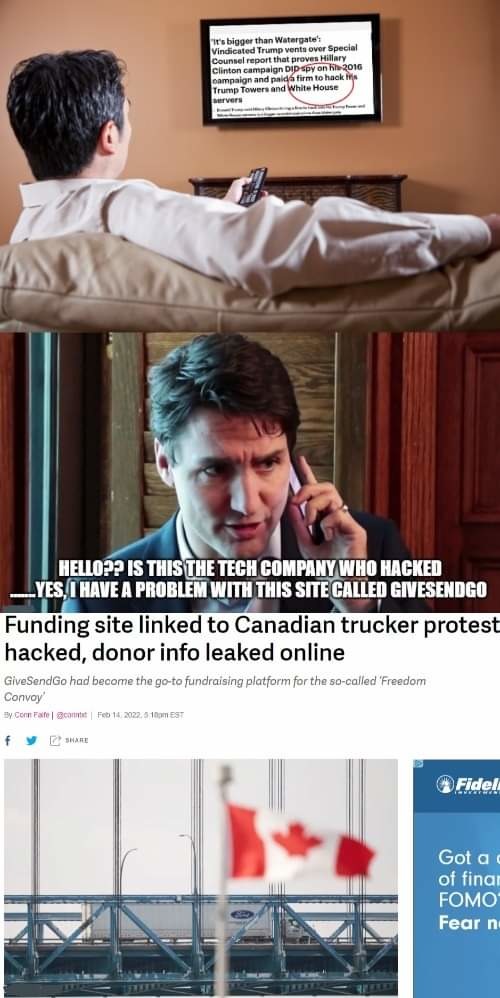 We have a great many stories that are worth looking at in detail.

The Premier of Ontario, Doug Ford has just blown up Justin Trudeau’s house of cards. In fact he’s just blown up the entire argument for mandates, vaccine passports and restrictions.

NEW – Klaus Schwab's World Economic Forum says "the COVID 19 pandemic has led to a heightened focus on the power of medical data, specifically so-called vaccine passports. These passports by nature serve as a form of digital identity."https://t.co/gl6luJ77bX pic.twitter.com/bVcm0HvucK

The arrest of former Honduran President Juan Orlando Hernández, and the images that followed, were a stunning reversal for a man who for years seemed impervious to growing allegations of corruption. https://t.co/7IGfxZcgO1 pic.twitter.com/WgY8OihZvF

America’s most liberal city just recalled from office 3 school board members who refused to open schools. The political earthquake of 2022 has begun.

If you think the domestic spying Durham revealed is bad, just wait until you see which other foreign governments, and assets, were involved.

… Special Counsel John Durham filed a motion relating to a defense firm’s potential conflict of interest in the Michael Sussmann case. The conflict itself is certainly intriguing, with Sussmann’s lawyers at Latham & Watkins LLP (Latham) having represented potential witnesses in the case, including Perkins Coie, former Perkins Coie (and Clinton Campaign general counsel) Marc Elias, the Hillary Clinton Campaign, and Hillary for America.

The issue that made more noise, however, was Durham’s disclosure that Rodney Joffe – a contractor with deep ties to the Clintons, and what appears to be a deep hatred for Trump – had exploited Executive Office of the President of the United States data he obtained from a “sensitive arrangement” with the U.S. Government to damage President Trump.

“Nothing to see here, nothing new, move along …” (Democrat talking points on Durham)

President Trump Was a Victim of Espionage, Both Foreign and Domestic

https://www.breitbart.com/politics/2022/02/15/sussmann-lawyers-furious-at-durham-for-exposing-spying-complain-about-breitbart-coverage/
#
FDA Executive Officer on Hidden Camera Reveals Future COVID Policy: ‘Biden Wants To Inoculate As Many People As Possible…Have to Get an Annual Shot’

This looks like a petty security researcher who is mostly capable of attacking soft targets.

Little Castro: Justin Trudeau Is Now Threatening Tow Truck Drivers – Those Who Do Not Cooperate with Canadian Regime, Could Face Arrest

I don’t know whether this might be good or bad news, but apparently Prince Andrew has one less problem:

#
Anon wrote:
our banks have custody of over US$179 Trillion in assets

That is not a typo, Trillion. These are a special type of bank called a custodian bank:

BNY Mellon, US$45.3 trillion in assets under custody and/or administration as of September 30, 2021

Citibank, over $28 trillion in assets under custody as of 2021

This is the aggregate of assets(in value) managed by mutual funds like BlackRock and Vanguard who are required to hand over custody of the proxy voting rights of stock held in their ETFs to these banks.

In this way, these four banks control the boards of every major publicly traded corporation. And they do it by voting the shares you purchase.

>BNY Mellon, US$45.3 trillion in assets under custody and/or administration as of September 30, 2021

This guy was reportedly kicked off a flight because he had “let’s go Brandon” written on his mask and refused to change masks. @Allegiant employee claims it’s an “FAA regulation” pic.twitter.com/4ipRbqggEB

CNN has some trouble — I don’t know whether it is a sign of meaningful change.

Updates may be irregular.