The etymology, phonetics, and linguistics of “Nyanpasu!” could be considered funky 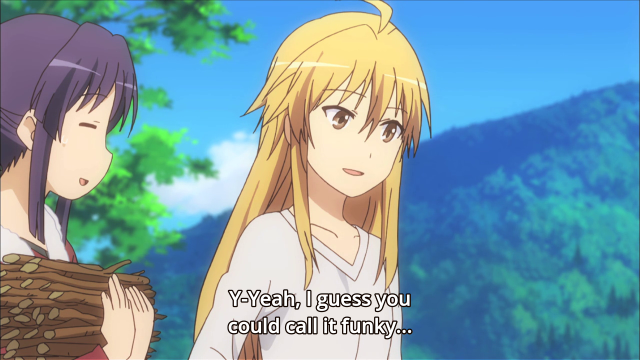 I presume that many of the readers of this blog have adopted the greeting “Nyanpasu!” from Non Non Biyori.

The director says that this fictional greeting was inspired by Dr. Slump (full source below):

What’s the meaning of “Nyanpasu” from main character Renge Miyauchi?

It’s “Ohakonbanchiwa”-like. (laughing) A greeting phrase created by a grade 1 elementary school student. It fits many situations. Renge is grade 1, but she is too grown-up in many ways, and has lots of knowledge and a straight-A report card.

The expert at stackexchange further explained:

“Ohakonbanchiwa” is a greeting word in from the old anime Dr.Slump, created by Akira Toriyama, the author of Dragonball.) “Ohakonbanchiwa” is created from “Ohayou” (Good morning), “Konniciha”(Hello) and “Konbanwa” (Good evening).

But have you considered why “Nyanpasu” is a creative coinage of a new term in Japanese?

If we wanted to combine the cat-like meowing sound of “NYAN” to “OSU,” why wouldn’t we just say, “NYAN-OSU”?

Think about the way we say “senpai.” The “p” sound is a voiceless bilabial stop. The “n” sound is a nasal. When the nasal precedes the stop, it is very easy to slur “senpai” into “sempai.”

When using the nasal sound “n” before a word boundary, it is very easy to slur the sounds, and in the case of “nyanpasu” the voiceless bilabial stop replaces the conventional word boundary.

That could be considered funky.

This entry was posted in aesthetics and tagged anime, frequently noticed, nyanpasu, what does nyanpasu mean in japanese. Bookmark the permalink.